Panama’s trade policies are some of the most liberal in the world and have attracted many people and businesses to the country for years. Panama has a number of free trade zones, and its tariffs and regulations are relatively light. This makes Panama an attractive place for companies to do business, as importing and exporting goods is easy. The Panama Canal is also a significant factor in Panama’s growth, as it helps to boost trade between North America and Asia. In this blog post, we’ll take a look at the Panama policies and break down how basic trade works in the country, and how it can affect you as a Panama resident or investor. 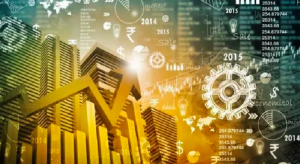 The Basics of Panama Trade

Panama’s policies are largely based on the principle of free or lightly restricted trade, which means that there are few tariffs or restrictions on what can be imported or exported in the country. This makes Panama an attractive destination for businesses, as it is easy to set up operations and move goods in and out of the country. Panama is also a member of the World Trade Organization (WTO), which helps to facilitate global business.

In addition to its membership in the WTO, Panama has signed a number of free trade agreements (FTAs). These FTAs help to further reduce tariffs and other barriers to trade between Panama and its trading partners. Panama has FTAs with a number of countries, including the United States, Canada, Mexico, Chile, Colombia, and South Korea. In regards to countries that don’t have FTAs with Panama, the trade tariffs are still relatively low, compared to other countries in the region. For example, Panama has a tariff of just 0-15% on most goods imported from China.

The Colon Free Trade Zone (CFTZ) is one of Panama’s most important trade zones. The CFTZ is the largest free trade zone in the world by land area. This area is located in the northern port city of Colon, and it is where Panama’s main container port is located. The CFTZ was established in 1948 and it helps to facilitate trade between Panama and the rest of the world. The CFTZ offers a number of benefits to businesses, including duty-free importation of goods, low taxes, and easy shipping.

In addition, the Colon Free Trade Zone helps to create jobs in Panama. According to the Panama government, the CFTZ has helped to create over 100,000 jobs in Panama. The CFTZ is also an important part of Panama’s economy, as it accounts for a significant amount of trade. In fact, according to the Panama government, the CFTZ handles about 50% of Panama’s total trade. Due to its strategic location at the northern entrance to the Canal, the city of Colon can handle large ships from all over the world.

Panama’s Relationship with the United States

In addition to the FTA, Panama and the United States have a tax treaty, which helps to further facilitate trade between the two countries. The tax treaty helps to eliminate double taxation on income earned in Panama by US citizens and companies. This makes it easier for US companies to do business in Panama and invest in Panama’s economy. Many US expats who are looking to relocate to Panama can benefit from this trade policy on both a consumer level and a business level. For example, those looking to buy US-made products in Panama will find that they are relatively affordable, due to the lack of tariffs. Those who want to sell US-made products can also benefit, as they will be able to reach a larger market in Panama.

Panama is also an important trading partner for China. In 2016, Panama imported $13 billion worth of goods from China and exported $0.75 billion worth of goods to China. Panama’s relationship with China has been growing rapidly in recent years, due in part to the Panama Canal. The Panama Canal is a key shipping route for Chinese goods bound for North America and Europe. In addition, Panama has signed a number of agreements with China that have helped to boost trade between the two countries. This relationship came at a cost, however, as Panama cut ties with Taiwan in 2017 in order to establish diplomatic relations with China, creating some tension in the region, and with other trade partners. Nevertheless, China and Panama’s trade relationship has had overall success, and appears to be growing.

For example, Panama and China have a bilateral investment treaty, which helps to protect investments made by Chinese companies in Panama. In addition, Panama has signed a trade agreement with China that eliminates tariffs on a number of goods. This trade agreement went into effect in October 2016 and it is helping to increase trade between Panama and China. As Panama’s economy grows and flourishes, the role China plays in Panama’s economy is likely to continue to grow as well. The Panama Canal is a key shipping route for Chinese goods bound for North America and Europe, and Panama’s trade with China has been growing rapidly in recent years.

Learn How You Can Benefit From Panama’s Beneficial Policies

In conclusion, trade is an integral part of Panama’s economy. Panama is one of the best countries to do business in, and its trade policies and volume plan an important part in this. For those looking to invest in Panama and relocate to Panama, it is important to be aware of Panama’s trade policies and how they can benefit you. Panama’s free trade zones, tax treaty with the United States, and agreements with China are just a few of the many reasons why Panama is an attractive destination for businesses and individuals alike.

What are your thoughts on free trade in Panama? Let us know in the comments if you’re interested in learning more about Panama’s economy or doing business here. We can help you with all your Panama business needs, from setting up a Panama offshore company to opening a bank account. Contact us today to get started!