How Panama Built its Way Into an Economic and Trade Hub

What comes to mind when you think of Panama? The Panama Canal, tropical rainforests, beautiful beaches, American influence, international trade, and more, for most people. For over 100 years, Panama has grown at a steady pace and evolved into one of the region’s top economies, and a hub for international investment and global trade. Much of this has to do with the Panama Canal, however, in the past 20+ years, it’s grown to be so much more than that.

The Panama Canal has been a lynchpin in global maritime trade, and that has allowed other sectors in the economy to flourish dramatically over time. This small country on the Central American isthmus has built its way up into one of the most important economic and trade hubs in the world. Let’s take a closer look at how Panama became what it is today, and why it’s such an attractive destination for investors and businesses alike. 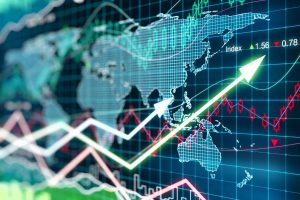 The Panama Canal and the Development of the 20th Century

The Panama Canal was built over a period of nearly 30 years, from 1881 to 1914 (the US took over construction in 1903). It was an undertaking of unprecedented scale and ambition, connecting the Atlantic and Pacific oceans for the first time in history. The Canal allowed ships to travel between these two great bodies of water without having to go all the way around South America – a journey that could take months. No other water connection was available to take this route at the time, and that remains true today.

The Panama Canal was a game-changer for global trade and maritime transportation, and it had a profound impact on the development of Panama as a country. For starters, it brought an influx of people and money into Panama from all over the world. This helped to spur economic growth and development in Panama City and other parts of the country. In addition, the Canal also helped to solidify international relations and a relative political safety net through relations with the United States.

Though this relationship was tenuous at times, the overall stability that it brought to Panama was a major boon for development. The United States also played a key role in the development of the Canal Zone, an area set aside for the construction and operation of the Canal. This special economic zone allowed for preferential treatment of American businesses and investors, which helped to attract even more investment into Panama. After a treaty was signed by US President Carter and Panamanian President Torrijos in 1977, the Canal Zone was turned over to Panama in 1999.

The transfer of the Canal was a major turning point for Panama, as it signaled a new era of sovereignty and self-determination. Since then, Panama has gone from strength to strength, becoming one of the fastest-growing economies in Latin America. In addition, the country has made great strides in reducing poverty and inequality, and today it is considered to be one of the most stable countries in the region. This has made it a popular choice for both business and tourism from all over the world.

Panama’s economy is made up of a number of different sectors, but the most important are tourism, banking and finance, maritime trade, and logistics. Together, these sectors make up a large portion of Panama’s GDP and have helped to spur economic growth in recent years. The tourism sector has been growing rapidly in Panama in recent years, thanks in part to the country’s natural beauty and its many attractions. In addition, Panama is a relatively safe and stable destination compared to other countries in Central America, which is a huge incentive across the board.

The Role of Global Finance in Panama

Banking and finance are two other major pillars of Panama’s economy. The country is home to some of the largest banks in Latin America, as well as many international financial institutions. In addition, Panama’s currency, the Balboa, is pegged to the US dollar, which makes it a stable and attractive investment destination. The country’s legal system is also based on English common law, which makes it easier for businesses to operate here.

Global finance has played an important role in the development of Panama’s economy tremendously, and it’s visible in nearly every sector of the Panamanian economy today. After the turnover of the Canal Zone to Panama in 1999, many multinational companies relocated their headquarters to Panama City. This was due to a number of factors, including the country’s political stability, its strong economy, and its proximity to the Canal.

In addition, the Panamanian government has been investing heavily in infrastructure projects in recent years. This has helped to attract even more businesses and investments into Panama, as well as create jobs for locals. The future looks bright for Panama’s economy, and it is poised to continue growing at a rapid pace in the coming years. Thanks to its strategic location, robust infrastructure, and favorable business environment, Panama is well on its way to becoming a leading economic power in Latin America.

Investing in Real Estate in Panama

One of the most popular investments in Panama, and a huge sector for growth via international corporations and individuals is real estate. Panama real estate offers a number of benefits and opportunities that are simply not available in other countries. For instance, the country’s political stability, strong economy, and proximity to the Canal make it an attractive destination for businesses looking to relocate or expand their operations.

In addition, Panama has some of the most favorable tax laws in the world for foreigners. For instance, there is no capital gains tax on profits earned from selling property in Panama. In addition, Panama offers a number of residency programs that provide many benefits to foreign investors, including visa-free travel to over 100 countries. If you’re thinking about investing in real estate, Panama should definitely be at the top of your list.

Thanks to its many advantages and opportunities, investing in Panama is one of the best ways to ride the wave of Panama’s success in a safe, sustainable way. There are so many opportunities waiting for you in Panama, that it’s impossible to list them all here. But if you’re looking for a place to invest your money, Panama should definitely be at the top of your list. We hope this gives you a better understanding of how investing in Panama can help you take advantage of the country’s success story.

If you have any questions, feel free to reach out to us here, and we’d be happy to set up a consultation with one of our highly-reputable associates.