A Closer Look at the Panama Government and How it Works

Understanding Panama’s government policy before relocating to Panama is an important step in doing your due diligence, particularly if you’re planning on a long-term residency or investment. Panama is a constitutional democracy, which means that the people of Panama have the right to vote and elect their own leaders. The government of Panama is divided into three branches: the executive branch, the legislative branch, and the judicial branch. Each of these branches has its own responsibilities and duties. In this blog post, we will take a closer look at how Panama’s democracy works and what it means for the people of Panama. 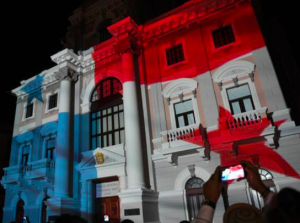 Breaking down the history of Panama’s government and democracy

Panama’s government has a long history of democracy, dating back to the 19th century. Panama’s first constitution was ratified in 1904, and it provided for a representative government with an elected president and legislature. Panama held its first free and fair elections in 1908. However, Panama’s democracy was interrupted by a military dictatorship from 1968 to 1989. During this time, Panama’s constitution was suspended and civil liberties were curtailed. Panama returned to democracy in 1989 with the election of President Guillermo Endara. Since then, Panama has held free and fair elections every five years.

The Three Branches of Government

Voting in Panama is compulsory for all citizens aged 18-65. Panama has a two-round system for presidential elections. If no candidate receives a majority of the votes in the first round, a second round is held between the two candidates who received the most votes in the first round. In order to vote in Panama government elections, citizens must be registered with the Electoral Tribunal. registration is free and can be done at any time. Panama also has early voting, absentee voting, and voting by mail. Elections in Panama are conducted by the Electoral Tribunal, which is an independent body that is responsible for ensuring that elections are free and fair.

The Electoral Tribunal is made up of nine members, who are appointed by the Supreme Court to serve seven-year terms. This tribunal is responsible for registering voters, organizing elections, and counting votes. The Electoral Tribunal is also responsible for investigating and prosecuting any cases of electoral fraud. Panama’s most recent presidential election was held on May 5, 2019. The election was won by Laurentino Cortizo of the Democratic Revolutionary Party (PRD). The PRD has been the ruling party in Panama a number of times, and Panama’s former president before Cortizo, Juan Carlos Varela, is also a member of the PRD.

Why Panama’s democracy is important to the region at large

Panama’s democracy is one of the most stable and longest-running in Latin America, despite the infamous period of military rule under Manuel Noriega in the 1980s. Panama’s democracy has served as an example to other countries in the region, and it’s one of the big reasons that many people choose to relocate to Panama for investment or retirement. The importance of a stable democracy in the region can not be overstated, as it provides a measure of certainty and predictability that is critical for businesses and investors. Panama’s democracy also helps to ensure that the country’s domestic and foreign policies are based on the will of the people, rather than the whims of an autocratic leader.

If you’re interested in relocating to Panama, feel free to contact us, and we would be happy to help you find the perfect fit in Panama in all areas that you need.