Living in Panama on a fixed income budget

Living in Panama can be a pleasurable, rewarding, and learning experience. Foreigners who look at living in Panama as their retirement goal, or general relocation goal, often do so because of the tremendous value offered by a Panama lifestyle. There’s a lot that Panama has to offer in a variety of budgets, which makes living in Panama appealing to a very wide demographic of people, both foreign and local. Many people come to Panama looking for a luxury lifestyle. Others come to Panama looking to live simply, and on a low budget. Others look for something in between. The point is, no matter what your budget, you’re bound to find something that fits your living in Panama lifestyle needs.

In this blog post, we’ll look at what it’s like living in Panama on a fixed income budget. For the sake of consistency, we’ll set this budget at $3,000-$4,000 USD per month, for a couple. This is around the average payout for social security for two people, and a fair estimate of the budget that most expats living in Panama shoot for. Remember, you can live for much less or much more, however, most fixed income expats live around this range for a couple and live pretty well. The lowest budget we’d recommend for a couple on a fixed income would be around $2,000 per month in total, but it would take a lot of careful planning and budgeting to do. Now, let’s look at the comfortable average and go over the basics first. 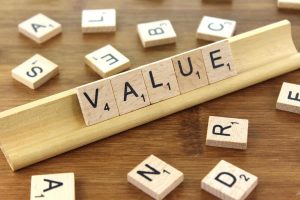 How much does housing cost while living in Panama?

Currently, the housing market is in a bit of a downturn after a tumultuous 2020 into 2021. This means that current rental market rates are lower than usual. You can rent a well-appointed, two-bedroom apartment in a central and safe part of Panama City for around $1,200 right now. If renting in Casco Viejo, Panama’s old city, the price would go up about 20%. In popular retirement communities such as Coronado or Boquete, expect to pay $1,400 – $1,600 for a large 2-bedroom in a serviced development, and about $1,000 – $1,200 for a similar-sized house or apartment a bit outside of town. Location is important when looking at rentals, as are amenities.

Smaller towns and beach communities often have beach resort-style condos or golf resort-style homes that offer lots of services and perks, which makes their prices go up a bit. The same goes for apartments in Panama City. If your building has modern gym, pool, recreation area, restaurants, or bar/lounges on-premise, expect to pay 20-30% more for rent than in a building without these amenities. Rural living is incredibly cheap, however, it’s not a great fit for everyone. Out in the rural towns of the interior, rent for 2-bedrooms can be as low as $600-$800 with a decent amount of space and even land around it. However, you will need a good car and may run into issues with power outages or internet outages depending on the season and location.

Buying a house or apartment in Panama can also be a great option for those living on a fixed income, so long as the initial investment is covered in cash, rather than financing. Financing a home is also an option, but if on a fixed income, the premiums could cut into a lot of living expenses, which isn’t idea. Needless to say, these are all parameters that individuals will have to examine themselves, and with their lawyer, before making a commitment.

How much does food cost while living on a fixed income budget in Panama?

There is an abundance of locally-grown food opions for anyone living in Panama, and its as fresh and affordable as it gets. Domestic staples such as rice, local veggies, tropical fruits, coffee, beans, pasta, pork, chicken, and dairy are all incredibly low-priced and available everywhere in the country. To buy these items for two people each month, you can spend as little as $200 and eat fairly well. Beef is a bit more expensive, and certain cuts of chicken as well, however most chicken and pork products are priced very affordably, if you shop local. If you want imported foods, including meats, cheeses, and packaged goods, you will pay considerably more each month for groceries. To give a good estimate, we’d say that a 50/50 split of imported goods and local goods for a month’s food shopping will cost two people around $400-$600 depending on what goods you choose for your imports.

Dining out in Panama is another great part of the overall experience of living in Panama. The restaurant scene in Panama City is very diverse, with a good mix of local restaurants, upscale international cuisine, burger joints, steak and seafood restaurants, and “fondas.” Fondas, for all intents and purposes, are the quintessential Panama eateries that cannot be missed while living in Panama. At a fonda, you can get homestyle, simple, local food such as sancocho (soup), plantains, rice with eggs, and all of the above with pork chops, fried fish, fried chicken, or stewed meat. A typical meal at a fonda can cost as low as $3.75 including multiple side dishes and a beverage.

On the other end of the spectrum, a world-class steakhouse can cost around $100 per person or more. Somewhere in between you’ll find that $15-$20 is a reasonable price per person for a pretty good restaurant, and could even cover a beer or glass of wine with dinner at some. If you plan on having some drinks with dinner, or going out for some before or after, you’ll find prices are all over the board. Panama City’s center neighborhoods and tourist areas have beer prices that range from $3-$6 and cocktails that go from about $4.50-$12. At local cantinas, prices are roughly half of that, with $2 beers being the standard, and $3.75 cocktails being the norm, respectively. In Panama’s interior, drinks are more evenly priced, with $2-$3 beers being standard, and cocktails at $3.50-$5. Both beer and liquor are very cheap in grocery stores, with beer costing about $0.50-$0.80 cents a can, and national rum available at $8-$12 per bottle.

The cost of services involved with living in Panama

If you’re living in Panama, whether short or long-term, you’ll need to pay for a number of services at your home, and to get around in day-to-day life. The most affordable service is phone data. Many people in Panama use apps through data to do all of their phone communication, and you can get sufficient data for as low as $15 per month. Home internet (WiFi) service is also reasonable, and costs around $30-$80 per month depending on the speed you choose. Many people pay a premium for internet service because the lower speeds are less reliable. Be aware that in many parts of the interior, internet service can be inconsistent, and frustrating if you’re not expecting it. This is why it’s important to always keep your phone data paid for and updated. Home internet will often be bundled with cable, and priced on the higher end of the previous estimate.

Electricity is priced about the same per kw (or perhaps slightly higher) as it is in the United States. This can be a shock for Americans living in Panama at first. The thing is, Panamanians use far less electricity, and you’ll find that if you consciously try to do the same, your bill will reflect the benefits. It’s normal for a Panamanian household to pay as low as $30 per month in electric bills, however this would be without air conditioning, or very, very limited use of air conditioning. With daily air conditioning, you can expect to pay around $200-$300 per month in electricity bills per month, for a sizable 2-bedroom home or apartment. As Panama has a tropical climate, it is common for expats to pay higher bills due to frequent (constant) air conditioning use.

Getting around while living in Panama

Transportation while living in Panama could be vitally important to you, or it could be just something you think about when going to the store. There are many parts of Panama City that are walkable, so a car isn’t needed if your location is convenient to what you need on a day-to-day basis. If you do need to travel, public busses run throughout the whole city, and are incredibly cheap (under $0.50). Ubers and taxis are also very cheap compared to other countries, with short rides in the city going for as low as $2-$3, and longer rides under $10. If you can avoid owning a car while living in Panama City, it is recommended, however for many people that’s not an option. If you are one of those people, look to buy a used car in good condition for between $7k-$15k, and make sure you have adequate parking where you live.

If you live outside of Panama City, in pretty much any part of the interior, you’ll need a car. There are suburban and rural bus services, however they are not well regulated and tend to be both sporadic and overcrowded. If you buy a car, make sure you get one that can handle rough terrain and rain, in case you want to go deeper into Panama’s nature to explore. There are few, if any Ubers outside of Panama City, and in most of the country, taxis have to be called via a service or direct number. You may find it hard to get a taxi in the interior without pre-planning it, so be aware of this if you don’t have access to a car at any time. Panama’s highways are in good condition and safe, however, country and city roads can be unpredictable, and require extra precaution.

What can $3,000 per month cover for two people living in Panama with a comfortable lifestyle?

To break down the summary of the best ways of living in Panama on a fixed income budget, let’s paint a general picture of the lifestyle you’d have spending $3,000 a month. At this budget, you’d most likely rent a modest 2-bedroom in the city for $1,000 or a smaller beach condo for two at $1,200. You could eat out twice a week for $400 per month, and add another $600 in expenses for groceries and home supplies. You would then spend $300 or so on transportation costs per month, pay around $350 for your services bills, and have another $500 for luxuries like movies, shopping, cocktails, or travel. All in all, your money can go far living in Panama if you know how to spend it, and follow the lead of the locals. We look forward to seeing you there!