Guide to Presidential Elections in Panama

It’s nearing election time in Panama, and the country is buzzing over who’s going to be their next group of leaders. Political ads have been in full swing for some time now, and candidates are campaigning around the clock, in a final push to woo voters before the big Election Day, May 4th. This year’s presidential election seems to have a lot of weight attached to it, as Panama is in the middle of an economic boom, as well as preparing to open the multi-billion dollar canal expansion in the next two years. 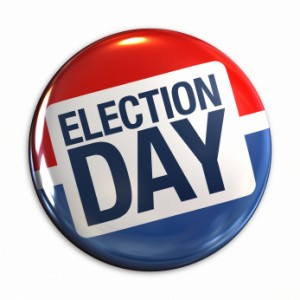 Panamanian Presidential elections are held every five years, and coincide on the same date with general elections for the legislature, as well as regional governors. The sitting president, Ricardo Martinelli, who is credited for much of the country’s recent success, cannot run again due to presidential limits of one term. His party, called “Democratic Change,” or “CD” for short, is considered the front-runner, with current Vice President Juan Carlos Varela as its candidate.

Trailing Varela by a small margin is Democratic Revolutionary Party (PRD) leader Juan Carlos Navarro. Though their first names may be similar, Navarro and Varela represent two very opposing political parties who have each spent the last year or so in an aggressive battle to win the votes of the people, and derail any momentum that each other might have going into the race.

How the Presidential Party System works in Panama

Though presidential frontrunners tend to be from 3-4 political parties, Panama is actually a coalition-based democracy. This means that within the political sphere, there are many small parties that form alliances to strengthen their base, and increase their chances of victory. Though each party may not align completely with one another, they share common interests, and make pacts which guarantee that their ideas will be incorporated into the legislative strategy, should their alliance win. There are two big alliances at play during this election:

The alliance lead by Navarro, known as “One Country for All”, is comprised of the Democratic Revolutionary Party (PRD), the People’s Party (PP), and the Liberal Party (PL).

Who Can Vote for the President in Panama? And how is the winner chosen?

Voting is compulsory, meaning that by law, it is required of every eligible citizen over 18 years of age. It is not enforced, however, and as a result there are many people that choose not to participate. Even so, Panama has an average voter turnout of 70%, and has with some recent elections drawn nearly 80% of the eligible public. The elections are decided based on the popular vote, meaning whoever gets the most votes wins.

General elections for the legislature work under the same rules. However, due to the population size of some of the districts, alliance building tends to be much more important. The success of the presidential campaigns weighs heavily on the legislative elections, and candidates use these presidential endorsements to promote and legitimize their candidacy.

Voting is always held on a Sunday, and much like in the US, voters cast their ballots at local public schools, beginning early in the morning and running all day. The federal police, government-sponsored monitors, and international NGO’s like, the Red Cross, oversee the voting process at stations all over the country. The country also enacts a dry law for the entire day, and halts the sale of alcohol nationwide.

Election Day in Panama is always an exciting event, and this year will be pivotal in regards to future development and investment in the nation. Regardless of who comes out victorious, the country is looking forward to continue its wave of economic success, and solidify real growth for the future. May the best man or woman win.