The end of 2013 created a panic in Panama amongst the expats and the wealthy citizens when Panama’s National Assembly passed a new law changing the income tax law making worldwide income subject to taxation as in the United States. However, it was deemed a mistake and quickly repealed the following day.

Word quickly traveled amongst the social networks that Panama was no longer going to just tax income earned inside Panama (called “territorial income tax”) as it has been doing since it became a nation in 1903. Worldwide income taxation would mean that all of the hundreds of thousands of Panama offshore corporations earning tax free income outside of Panama would have to start filing income tax returns declaring all of their income. 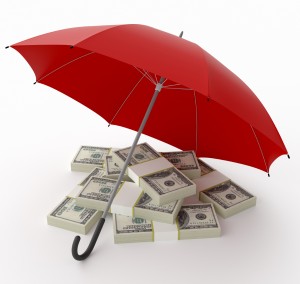 Worldwide income taxation would have resulted in most offshore businesses moving their corporations out of Panama and into other tax free havens. The amount of financial losses to Panama would have been astronomical as every Panama offshore corporation provides money for the government in annual registration fees, along with work for the numerous law firms and accounting firms, plus employment of Panamanians. In addition, many foreigners who create a Panama offshore corporation usually come to Panama and realizes how beautiful it is with all of the islands, beaches, rivers, lakes, tropical locations and warm weather year round. They then buy homes and apartments and maybe start offshore businesses, which bring a lot of money to local real estate agents, law firms, brokerages, and related businesses.

The local expat community of retired foreigners also panicked as they thought their retirement and pension funds coming in every month will be taxed. Panama’s banks also hold a lot of funds deposited by these thousands of offshore corporations which they would lose if these corporations were to relocate to other tax havens.

Panama’s richest families hold Billions of U.S. Dollars in other countries and earn interest from bank accounts, CD’s, and foreign investments, as well as conduct business abroad, all which earns tax free income. No way were they going to stand for this new law forcing them to declare worldwide income and being taxed!

The panic only lasted a day as the President Ricardo Martinelli jumped into the whirlwind of rumors and frightened wealthy citizens to calm all of their fears by announcing this was a mistake committed by the head of Panama’s Revenue Office (similar to the IRS in the U.S.) and the law will be repealed. It was repealed the following day.

This day of fear goes to show how committed Panama is to remaining a territorial taxation country allowing foreigners and its citizens to set up offshore corporations to earn tax free income around the world.

As governments around the world seek additional funds, 2014 may see other countries changing their tax laws towards a worldwide income tax. Not Panama!