Panama Relocation Checklist: Quick tips for before you move!

Moving to Panama? Planning on investing in Panama? Just coming for a quick visit? Get to know the country first. There’s so much to this culturally rich, fun, and diverse country that you’ll want to be prepared to get the most out of it, no matter what your interest level is. So, before you hit the tarmac in Tocumen, or make the big leap to open your business or move here, check out these fast facts on Panama, and get to know why so many love to live and work here. 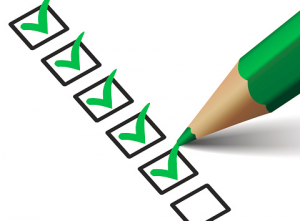 While some historians believe that Panama was an indigenous name for a particular tree, or an abundance of butterflies, the majority consensus is that it means “abundance of fish.” Panama was a thriving area for many indigenous tribes who settled there for the natural resources and protection. Even today, the country is known for its natural riches and resources, which keeps the name ringing true.

Despite the name, and representation in popular culture, Panama’s iconic tropical hats are actually originally Ecuadorian. They were common among men along the Ecuadorian coast, and became so popular for warm weather climates, that they were exported to the tropics all over the world. In the early 20th century, this hat was the preferred style (and sun-shielding tool) for the Panamanian aristocracy, and was so popular, that they were adopted and made locally to fill the demand.

In Panama, you can see the sun rise on the Pacific, and set on the Atlantic.

Believe it or not, this is the only country in the world where this is the case. This is due to the unique sideways “S” shape of Panama, which makes the Pacific east of a good amount of land, and the Atlantic to the west. This can make directions tricky as well, as the country’s main highway pretty much exclusively runs east to west, while at the same time, curving to adapt to the “S” shape.

Panama has the 2nd most competitive economy in Latin America.

Despite being one of the smallest countries on the continent, Panama’s economy is at the top of the list when it comes to economic competitiveness. This is attributed to strong infrastructure, sustained economic growth, low unemployment rate, and a booming, stable services economy. Panama has sustained close to double-digit growth, on average, over the past ten years.

The original idea for a canal across Panama goes as far back as the 1500’s.

While the French are credited for beginning the Canal project, and the Americans credited with constructing the majority of it (and finishing it), the idea to build a canal is originally credited to Vasco Nuñez de Balboa. Balboa was a Spanish explorer who “discovered” Panama, and immediately started searching for a natural waterway that connected the Atlantic and Pacific. In 1534, after no such natural passage was found, surveyors were sent from Rome to see if building a canal was feasible. It wasn’t at the time, so the idea was scrapped.

Panama City is the only capital city in the world that is home to a rainforest.

It’s hard to imagine a rainforest in a major city, but Panama has it! After just a short taxi ride from the city center, you can be smack in the heart of one of the most biodiverse rainforests in the hemisphere, and you don’t even have to leave the city limits. This is not just popular for tourism, and local visits, but also serves as a major research opportunity for NGOs and other environmental organizations.